In the midst of hurricanes, garage doors are those structures mostly affected due to the high speed of the winds. The worse part is that even if the home is farther away from where the hurricane strikes, the storm is usually bad and can also cause great destruction.

Hurricane Laura, the first bad one of the 2020 Atlantic hurricane season left behind dead people and nearly $9 billion in damage. Having survived the disaster Hurricane Harvey left behind in 2017, all the affected areas in Texas (and elsewhere) pick their pieces once more.

It’s not just the great concerns about the high winds, but also the storm, the surge height that might create destructive floods and have terrible effects on both the environment and the economy.

As such seasons raise the question about the national efforts for limited damage, one must consider what they must do at a personal level to avoid the inevitable, when hurricanes pass by the neighborhood – or, even not so close. 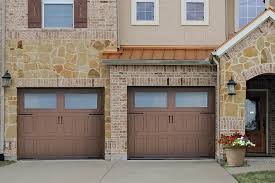 Due to its size, the garage door becomes the most vulnerable structure in the home. Retrofitting the existing garage door is the cheaper but not the most effective way to prevent damage, perhaps, disaster. Wind load garage doors are quite a different story. And it’s best to have an overhead garage door that integrates all the necessary features to withstand impact – not a good idea to get a door that you will need to add them when the storm is approaching.

And you need to make sure your garage door meets the local building standards. For example, in the Galveston area in Texas, the garage door must withstand winds running at 160MPH, at least. What’s also important to consider is the exposure of the garage door in relation to the home’s direction and in association with the location. Is the home in an urban area? Maybe, close to the coast? Such things affect your decision on getting a garage door.

Invest in an impact protection system to avoid damage that may make the garage door vulnerable and thus, increase the possibility of home damage. Although the building codes are not exactly the same in Texas, there are standards. In some areas, the more exposed areas, the exterior openings of a structure (lower than 60 ft) should be covered by or made of an impact-resistant material. For inland regions, the standards are not very strict. But it’s still a smart thing to do.

Don’t forget that tree branches and windborne debris are also enemies. During high speed winds or wind gusts, the impact may be forceful and the effects devastating. Also, remember that the winds are not the only enemy. The heavy storm causes catastrophic floods; who can forget the aftermath of Hurricane Harvey in Houston? 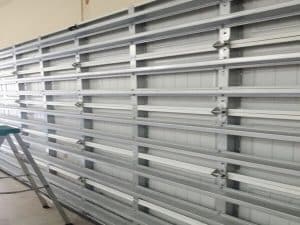 So, make sure the garage door is durable – if possible, without windows. Also, make sure the trees are trimmed before the hurricane season and the surrounding area is cleared from debris that could cause damage. Not that such moves can solve the problem entirely. After all, with the speeding winds, debris may land at your property from miles away. But it won’t hurt to take as much precaution as possible.

Avoid floods by weatherstripping the garage door occasionally. If you notice that the seals are worn, don’t wait. Change them. You can also install a threshold seal to further block the water from entering inside.

Depending on the slope of the property, the drainage system must be strong and surely, unclogged or even, one installed in front of the garage door to collect excessive water and thus, prevent flood.